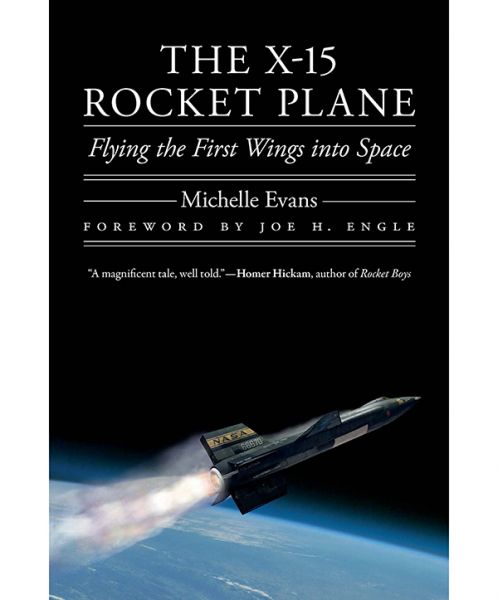 The X-15 Rocket Plane: Flying the First Wings into Space

With the Soviet Union's launch of the first Sputnik satellite in 1957, the Cold War soared to new heights as Americans feared losing the race into space. The X-15 Rocket Plane tells the enthralling yet little-known story of the hypersonic X-15, the winged rocket ship that met this challenge and opened America's way into human-controlled spaceflight.

Drawing on interviews with those who were there, Michelle Evans captures the drama and excitement of, yes, rocket science: how to handle the heat generated at speeds up to Mach 7, how to make a rocket propulsion system that could throttle, and how to safely reenter the atmosphere from space and make a precision landing.

This book puts a human face on the feats of science and engineering that went into the X-15 program, many of them critical to the development of the Space Shuttle. And, finally, it introduces us to the largely unsung pilots of the X-15. By the time of the Apollo 11 moon landing, thirty-one American astronauts had flown into space - eight of them astronaut-pilots of the X-15. The X-15 Rocket Plane restores these pioneers, and the others who made it happen, to their rightful place in the history of spaceflight.