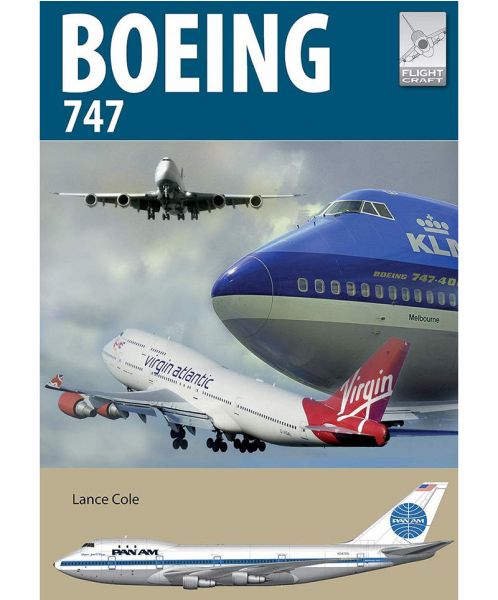 Boeing's 747 'heavy' has achieved a fifty-year reign of the airways, but now airlines are retiring their fleets as a different type of long-haul airliner emerges. Yet the ultimate development of the 747, the -800 model, will ply the airways for many years to come.

Even as twin-engine airliners increasingly dominate long-haul operations and the story of the four-engine Airbus A380 slows, the world is still a different place thanks to the great gamble that Boeing took with its 747. From early, difficult days designing and proving the world's biggest-ever airliner, the 747 has grown into a 400-ton leviathan capable of encircling the world. Boeing took a massive billion-dollar gamble and won.

Taking its maiden flight in February 1969, designing and building the 747 was a huge challenge and involved new fields of aerospace technology. Multiple fail-safe systems were designed, and problems developing the engines put the whole program at risk. Yet the issues were solved and the 747 flew like a dream said pilots - belying its size and sheer scale.

With its distinctive hump and an extended upper-deck allied to airframe, avionics and engine developments, 747 became both a blue-riband airliner and, a mass-economy class travel device. Fitted with ultra-efficient Rolls-Royce engines, 747s became long-haul champions all over the world, notably on Pacific routes. Across the Atlantic in January 1970, 747 became the must-have, four-engine, long haul airframe. Japan Airlines, for example, operated over sixty 747s in the world's biggest 747 fleet.

Written by the renowned aviation author Lance Cole, this book provides a detailed yet engaging commentary on the design engineering and operating life and times of civil aviation's greatest sub-sonic achievement.