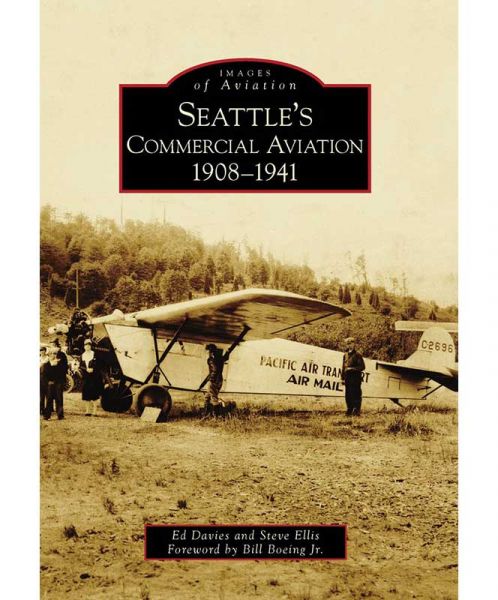 $21.99
Availability: In stock
SKU
BOOK109708
Notify me when the price drops
Add to Compare
Details
Interested in aviation as early as 1910, William Boeing waited until 1914 for his first airplane ride. In 1916 he founded the airplane company that put Seattle on the aviation map. Though the Boeing story dominated the news there were many lesser known local individuals who influenced commercial aviation around Seattle.

Drawing on photographs from around the area, "Seattle's Commercial Aviation: 1908-1941" illustrates the early days, recognizes the arrival of commercial air mail and the airlines, salutes the local operators, and marks Seattle's emergence as the gateway to Alaska.
More Information
Who Viewed This Also Viewed