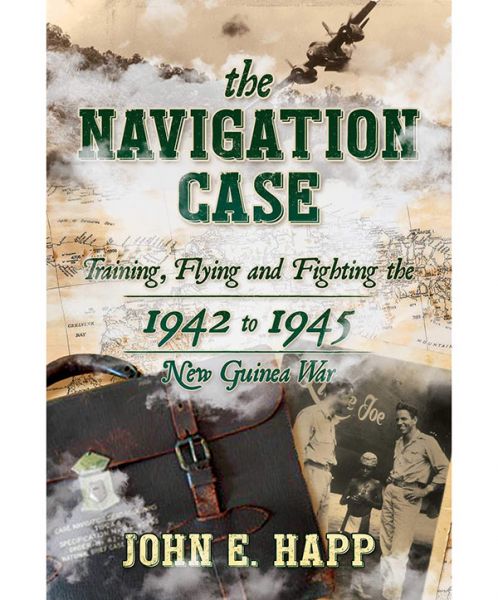 $30.00
Availability: In stock
SKU
BOOK106167
Notify me when the price drops
Add to Wish List Add to Compare
Details

The Navigation Case: Training, Flying and Fighting the 1942 to 1945 New Guinea War

The Navigation Case reveals the drama and sacrifice expended by America's pioneering pilots' first ever demonstration of air superiority, during the greatest campaign in U.S. Air Force history.

An aged and glossy leather briefcase was discovered when our family house was cleaned out and sold. We came to learn that my father had meticulously collected his military documents, private letters, and souvenirs, and packed them away in this-his pilot's navigation case.

From randomly within, a newspaper article tumbled out. It described a massive typhoon in New Guinea causing "horror and tragedy" and resulting in incredible untold loss of men and aircraft. But larger questions remained unanswered: What was my father, or any American, doing in New Guinea, of all places? If America was fighting Japan, why were we fighting in New Guinea?

Aviation as an industry was in its infancy. The sagas of pioneering pilots detail fascinating but deadly cadet training and violent air missions. The narrative flourishes into an incredible story giving the context for all the Pacific war stories from Pearl Harbor, Guadalcanal, Midway Island, and Iwo Jima, up to the avoidable catastrophes of Hiroshima and Nagasaki.