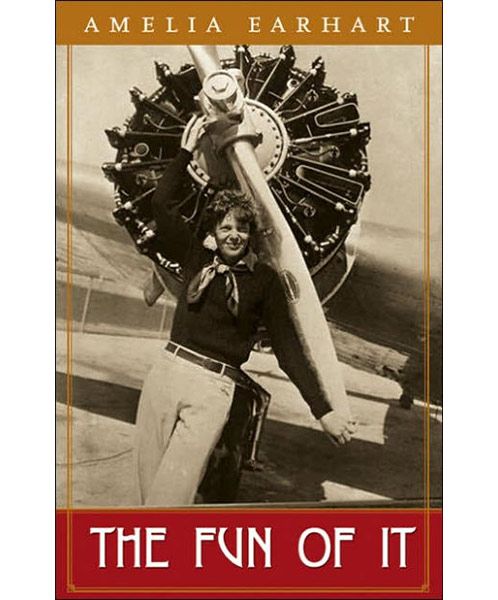 The Fun of It

Be the first to review this product
$16.95
Availability: In stock
Only 1 left
SKU
BOOK109205
Notify me when the price drops
Add to Wish List Add to Compare
Details
In this breezy and enthusiastic book, Amelia Earhart recollects her childhood and youth and her almost accidental discovery that she would rather fly airplanes than do anything else. She writes with an engaging blend of professionalism and love, describing the machines, the pioneering flights, the risks and challenges in exuberant detail. She speaks directly to other young women, urging them to test themselves, to go as far and high as they can-and beyond. Women, she believed, had a natural and important role in aviation; but among the many women fliers mentioned in this book, Earhart is still most remembered. She was born in Atchison, Kansas in 1897. In 1931, already a respected aviator, she married George Palmer Putnam, on the condition that they would separate if either of them was unhappy at the end of one year, and that they would be equally free to pursue their own careers, wherever they might lead. Earhart continued to accept new challenges and risks. In 1937 she embarked with navigator Fred Noonan on an around-the-world- flight that ended when her airplane was lost in the South Pacific. Their fate remains a mystery today. Her unique life and fate remain issues of perpetual interest. Earhart was the aviation editor for Cosmopolitan Magazine from 1928-1930. Her other books are 20Hrs. 40 Min (1928) and Last Flight (1937).
More Information
Reviews
Write Your Own Review
Related Posts