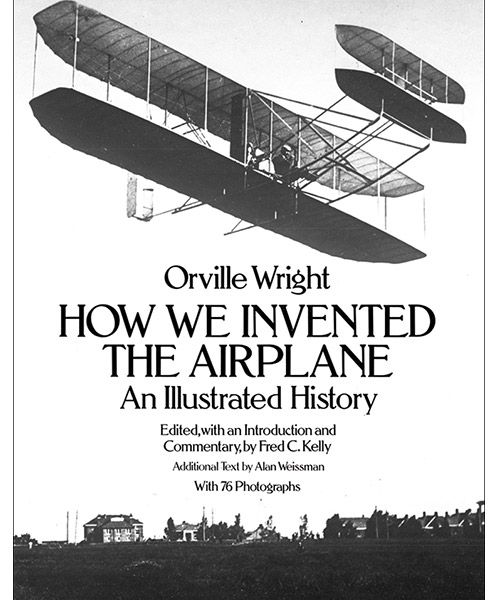 Orville Wright: How We Invented the Airplane

$14.95
Availability: In stock
Only 2 left
SKU
BOOK108105
Notify me when the price drops
Add to Wish List Add to Compare
Details

Orville Wright: How We Invented the Airplane

It was the realization of a dream as old as mankind. On December 17, 1903, two bicycle mechanics from Dayton, Ohio, achieved the first sustained, powered, heavier-than-air flight in a machine of their own design and construction. This book offers a concise and fascinating history of that remarkable accomplishment, much of it in the words of the inventors themselves. The heart of the book is Orville Wright's personal account, written in connection with an obscure lawsuit filed against the U.S. government. Long forgotten until a typewritten copy was discovered among the Wright papers at the Library of Congress, it is the best, most detailed account of how the Wright brothers succeeded in creating the machine that lifted man into the sky on wings.

The brothers first became interested in the problem of flight after reading about the glider experiments of Otto Lilienthal, a 19th-century German engineer. Experimenting first with kites and gliders, they developed a revolutionary wing design that helped solve the crucial problem of maintaining lateral equilibrium. Later, they added a movable rudder that eliminated the tendency of the machine to go into a tailspin. In addition to these critical innovations, the two inventors developed new accurate tables of "life" pressures and an original theory of air propellers. Slowly, methodically, with patience, perseverance, ingenuity, and inspired invention, they solved the problems that had defeated so many experimenters before them.

Finally, on a gusty winter day in North Carolina, the Wright brothers flew their little motor-driven biplane off the sand at Kitty Hawk (actually Kill Devil Hills) and into the pages of history. Although the first flight lasted only about 12 seconds and covered barely 120 feet, it was the first time a machine carrying a man and driven by a motor had lifted itself from the ground in controlled free flight. A new era had begun and the world would never be the same again.

The achievement of the Wright brothers is placed in historical context in the absorbing and informative introduction to this volume, written by Fred C. Kelly, author of two standard works on the Wrights. Mr. Kelly has also written an illuminating commentary, including fascinating anecdotes about the Wrights, their personalities and later aspects of their career. As an extra bonus, a lively popular account of the Wrights' success, written in 1908 by both brothers, has been included in an Appendix. Enhanced by 76 photographs, including many rare views of the Wrights and their flying machines, this book offers a thrilling reading experience for anyone interested in aviation, its pioneers, or the mechanics of flights.