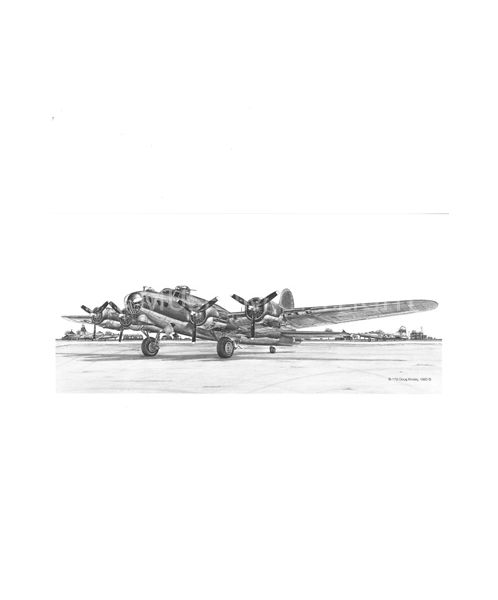 $9.95
Availability: In stock
SKU
PRNT134027
Notify me when the price drops
Add to Compare
Details
The small Boeing B-17G Flying Fortress Illustration is hand drawn by aviation artist Doug Kinsley and printed on acid free paper with a grey mat. Immortalized in the pages of Life magazine and in films such as "Memphis Belle," the B-17 is the embodiment of the Army Air Forces bombing campaign in Europe. Doug chose to portray this camouflaged B-17G without unit markings, though the aircraft in the background belong to the 305 Bomb Group, 365th Bomb Squadron, 8th Air Force, England. The smaller version of the Boeing B-17G illustration measures approximately 12"x5.75"and comes shrink-wrapped on foam core.
More Information
You May Also Like