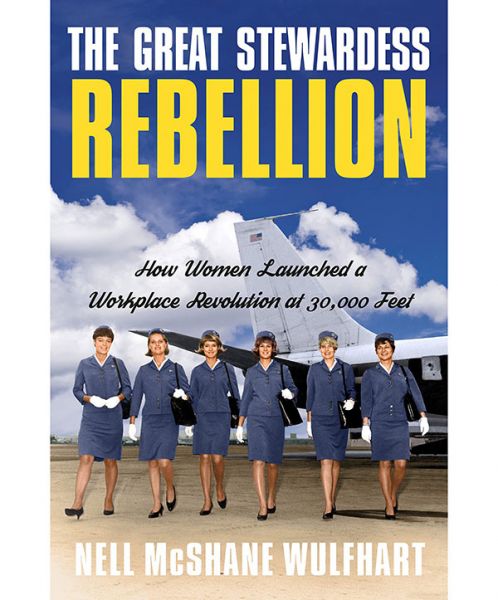 $30.00
Availability: In stock
Only 1 left
SKU
BOOK109550
Notify me when the price drops
Add to Wish List Add to Compare
Details

The empowering story of a group of spirited stewardesses who fought for their rights in the cabin and revolutionized the workplace for all American women.

It was the Golden Age of Travel, and everyone wanted in. As flying boomed in the 1960s, women from across the United States applied for jobs as stewardesses. They were drawn to the promise of glamorous jet-setting, the chance to see the world, and an alternative to traditional occupations like homemaking, nursing, and teaching.

But as the number of "stews" grew, so did their suspicion that the job was not as picture-perfect as the ads would have them believe. "Sky girls" had to adhere to strict weight limits at all times; gain a few extra pounds and they'd be suspended from work. They couldn't marry or have children; their makeup, hair, and teeth had to be just so. Girdles were mandatory while stewardesses were on the clock. And, most important, stewardesses had to resign at 32.

Eventually the stewardesses began to push back and it's thanks to their trailblazing efforts in part that working women have gotten closer to workplace equality today. Nell McShane Wulfhart crafts a rousing narrative of female empowerment, the paradigm-shifting '60s and '70s, the labor movement, and the cadre of gutsy women who fought for their rights-and won.