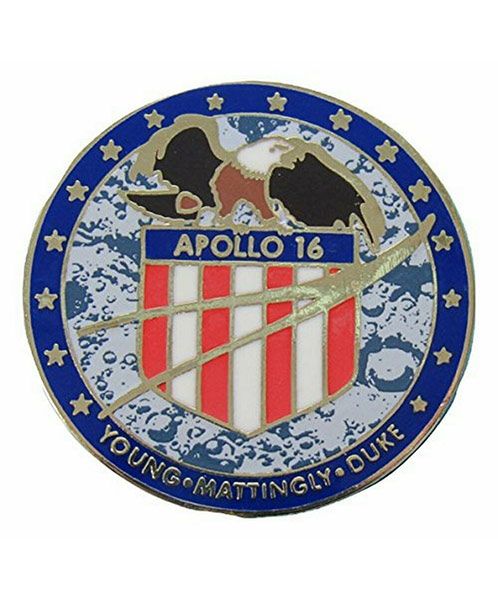 $5.95
Availability: In stock
SKU
JWLR182245
Notify me when the price drops
Add to Wish List Add to Compare
Details
This is a high quality enamel lapel pin that is approximately one inch in diameter. Apollo 16 was the tenth manned mission in the Apollo program and the fifth mission to land on the Moon, the first to land in the highlands area. The mission was launched on April 16, 1972, and concluded on April 27. It was a J-class mission, featuring a Lunar Rover and it brought back 94.7 kg of lunar samples. It included three lunar EVA: 7.2 hours, 7.4 hours, 5.7 hours and one trans-earth EVA of 1.4. This was only the second trans-earth EVA ever and was used to bring in film from exterior cameras and conduct an experiment on microbial survival.
More Information