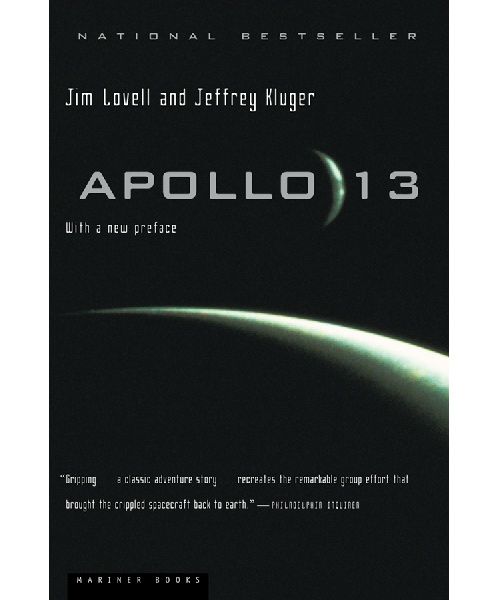 $16.99
Availability: In stock
SKU
BOOK102110
Notify me when the price drops
Add to Wish List Add to Compare
Details

In April 1970, during the glory days of the Apollo space program, NASA sent Navy Captain Jim Lovell and two other astronauts on America's fifth mission to the moon. Only fifty-five hours into the flight of Apollo 13, disaster struck: a mysterious explosion rocked the ship, and soon its oxygen and power began draining away. Written with all the color and drama of the best fiction, Apollo 13 (previously published as Lost Moon) tells the full story of the moon shot that almost ended in catastrophe. Minutes after the explosion, the three astronauts are forced to abandon the main ship for the lunar module, a tiny craft designed to keep two men alive for just two days. As the hours tick away, the narrative shifts from the crippled spacecraft to Mission Control, from engineers searching desperately for a way to fix the ship to Lovell's wife and children praying for his safe return. The entire nation watches as one crisis after another is met and overcome. By the time the ship splashes down in the Pacific, we understand why the heroic effort to rescue Lovell and his crew is considered by many to be NASA's finest hour.

Thirty years after the launch of the mission, Jim Lovell and coauthor Jeffrey Kluger add a new preface and never-before-seen photographs to Apollo 13. In their preface, they offer an incisive look at America's waxing and waning love affair with space exploration during the past three decades, culminating only recently when the Apollo 13 spacecraft itself, long consigned to an aviation museum outside Paris, was at last returned to its rightful home in the United States. As inspiring today as it was thirty years ago, the story of Apollo 13 is a timeless tribute to the enduring American spirit and sparkling individual heroism.