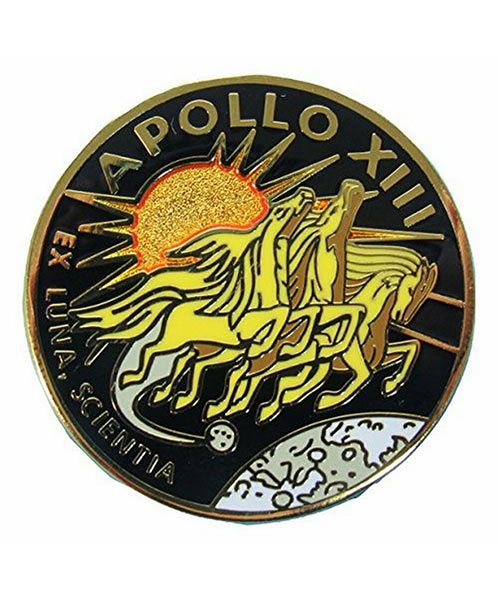 $5.95
Availability: In stock
SKU
JWLR182244
Notify me when the price drops
Add to Wish List Add to Compare
Details
This is a high quality enamel lapel pin that is approximately one inch in diameter. Apollo 13 was the third manned lunar-landing mission, part of Project Apollo under NASA in the United States. The crew members were Commander James A. Lovell, Command Module pilot John L. "Jack" Swigert, and Lunar Module pilot Fred W. Haise. It launched on April 11, 1970 at 13:13 CST. Two days after the launch, the Apollo spacecraft was crippled by an explosion, caused by a fault in an oxygen tank. The explosion damaged the Service Module, resulting in a loss of oxygen and electrical power. The crew used the Lunar Module as a "lifeboat" in space. The command module remained fully functional on its internal batteries, but they were needed for re-entry and landing so it was shut down shortly after the accident. Despite great hardship caused by severe constraints on power, cabin heat, and potable water, the crew successfully returned to Earth. The mission was thus called a "Successful Failure".
More Information
You May Also Like