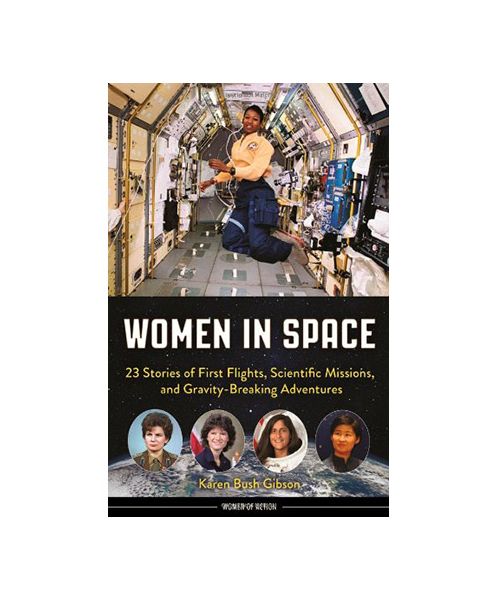 Be the first to review this product
$19.95
Availability: In stock
Only 1 left
SKU
BOOK109681
Notify me when the price drops
Add to Wish List Add to Compare
Details
When Valentina Tereshkova blasted off aboard Vostok 6 on June 16, 1963, she became the first woman to rocket into space. It would be 19 years before another woman got a chance—cosmonaut Svetlana Savitskaya in 1982—followed by American astronaut Sally Ride a year later. By breaking the stratospheric ceiling, these women forged a path for many female astronauts, cosmonauts, and mission specialists to follow.

Women in Space profiles 23 pioneers, including Eileen Collins, the first woman to command the space shuttle; Peggy Whitson, who logged more than a year in orbit aboard the International Space Station; and Mae Jemison, the first African American woman in space; as well as astronauts from Japan, Canada, Italy, South Korea, France, and more. Readers will also learn about the Mercury 13, American women selected by NASA in the late 1950s to train for spaceflight. Though they matched and sometimes surpassed their male counterparts in performance, they were ultimately denied the opportunity to head out to the launching pad. Their story, and the stories of the pilots, physicists, and doctors who followed them, demonstrate the vital role women have played in the quest for scientific understanding.