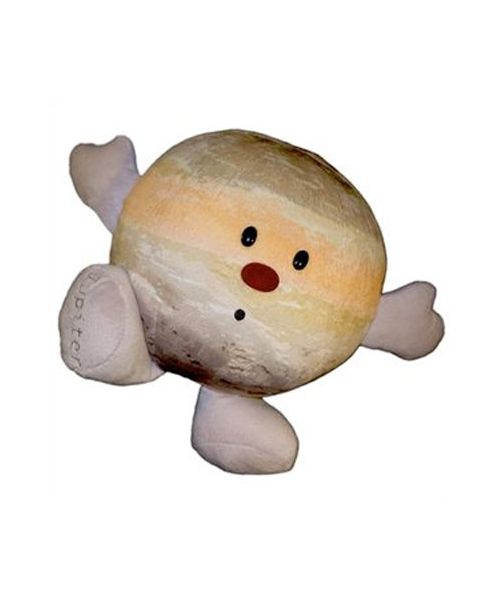 Be the first to review this product
$29.95
Availability: In stock
Only 3 left
SKU
TOYS248009
Notify me when the price drops
Add to Compare
Details
Jupiter is a big, bold giant! Jupiter is the largest planet in the solar system, 2.5 times the mass of all the other planets combined, so it makes sense that it is named after the Roman King of the gods. Jupiter is the fifth planet and first gas giant from the Sun. Gas giants have thick atmospheres of hydrogen and helium that become denser closer to the core. The distinctive stripes on the planet's exterior are a result of its rapid rotation, which generates high velocity wings that create the dynamic horizontal bands of clouds. The giant red spot, the planet's most recognizable feature, is a hurricane like storm almost the same size as the Earth. When seated, Jupiter measures 7" tall and is recommended for ages 3 and up.
More Information
Reviews
Write Your Own Review
Who Viewed This Also Viewed