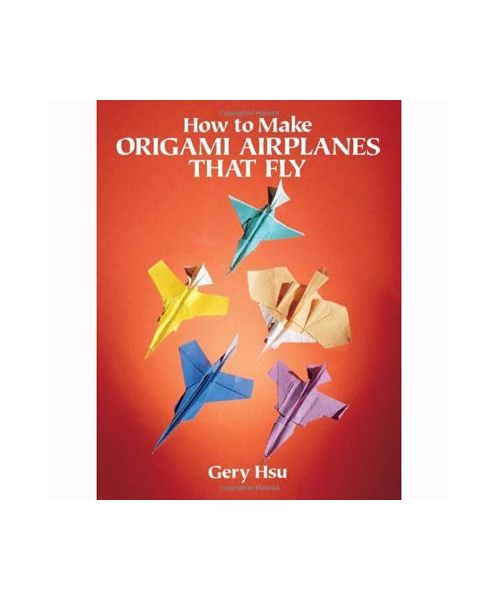 How to Make Origami Airplanes That Fly

was $5.95 Special Price $4.76
Availability: In stock
Only 3 left
SKU
CHBK101104
Notify me when the price drops
Add to Compare
Details
Pure origami is an ancient and elegant art, whereas making paper airplanes is often considered a relatively modern recreation. Origami focuses on beauty, while the performance of a paper airplane is usually its most important attribute. This clearly written, carefully illustrated how-to book combines the two activities to produce an up-to-date innovation: artfully constructed origami airplanes that actually fly.

The author first shows you how to construct the Jet Tail, an important basic feature that is needed for many of the more difficult models diagrammed later. This is followed by detailed, step-by-step directions and diagrams for creating each of 12 different models: space shuttle, futuristic shuttle, flying wing, delta wing-jet, fighter plane, interceptor, double tail fighter, dart plane, fighter plane with engines, futuristic fighter, and two different jets.

The projects progress in level of difficulty; as you master the simpler models you will be developing the skills you need to assemble the more complicated craft. The book also includes valuable suggestions about types of paper to use, useful hints that help ensure success, and solutions to common problems paperfolders may encounter.