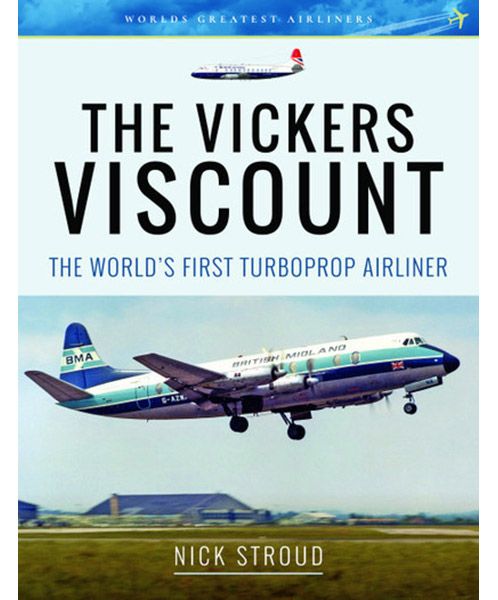 The Navy in Puget Sound

Be the first to review this product
$28.95
Availability: In stock
SKU
BOOK105630
Notify me when the price drops
Add to Wish List Add to Compare
Details
By some margin the most successful British medium-range airliner ever produced, the world-beating Viscount was a sublime combination of Vickers' state-of-the-art postwar design and Rolls-Royce's cutting-edge power-plant technology, both companies being at the very peak of their powers during the type's genesis and evolution.

Tracing its origins back to the wartime Brabazon Committee, the Viscount was one of several designs from various British aircraft manufacturers produced to fulfill the committee's specifications for a fast, economical short- to medium-range airliner to satisfy the demands of the burgeoning postwar civil aviation market, which was predicted to grow at a healthy rate over the following decades. Vickers' chief designer and Managing Director George Edwards was quick to respond, the result being the Dart turboprop-powered Vickers V.630, which made its first flight in July 1948, despite its future looking uncertain with British European Airways having ordered twenty examples of its chief rival, Airspeed's Ambassador, six months before. The Viscount nevertheless entered full service with BEA in 1953, much to the relief of its manufacturer, orders flooding in thereafter from numerous airlines - and air forces - all over the world. Ultimately, some 200 individual airlines, companies and organizations in more than eighty countries operated the dependable and, crucially, development-friendly Viscount over its long and distinguished career.

This book tells the full story of the world's first turboprop airliner, from its Brabazon Committee beginnings, through its early flight trials program and entry into service, to its almost unassailable position as the world's number one medium-haul turboprop, including its astonishing breakthrough in the USA, where it single-handedly broke the big American manufacturers' stranglehold on the airliner market. The type's military career is also covered, as is its construction; also included in this volume are details of the numerous variants produced and those of the 444 built still surviving as exhibits today, along with twenty-four superb artworks by world-renowned aviation illustrator Juanita Franzi.