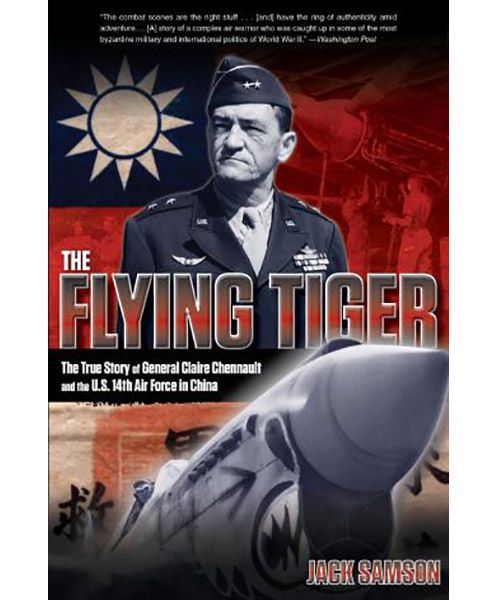 The Complete Book of the SR-71 Blackbird

$18.95
Availability: In stock
Only 3 left
SKU
BOOK106118
Notify me when the price drops
Add to Compare
Details

The Flying Tiger: The True Story of General Claire Chennault

When a sickly, half-deaf, forty-seven-year-old retired U.S. Army Air Corps Captain went to China in 1937 to survey Chiang Kai-shek's Chinese Air Force, little did the world know this would be the man to stem the Japanese tide in the Far East. Almost every military expert predicted his handful of pilots of the American Volunteer Group would not last three weeks. Yet in seven months in 1942, the AVG, fighting a rear-guard action over Burma, China, Thailand, and French Indonesia, destroyed a confirmed 199 planes, with another 153 "probables" as well. They did this losing only four pilots and twelve P-40s in air combat and sixty-one on the ground.

In this definitive biography of General Claire Chennault, veteran reporter Jack Samson offers a rare and fascinating inside look at this legendary man behind the Flying Tigers.

Unlike Eisenhower and MacArthur, Chennault was no saintly military leader. He was a chain-smoking, bourbon-drinking, womanizing man. He was the kind of leader his men knew could and did fly better than they--in any kind of plane. But first and last, he was a fighter--a tough, single-minded warrior who was never confused by who the enemy was in Asia, regardless of what the State Department thought.

Following Chennault from this command of the Fourteenth U.S. Army Air Force during World War II to the part of his life that is not well known--the intriguing postwar years in China and Formosa, where his Civilian Air Transport (CAT) became the scourge of the Red Chinese--The Flying Tiger is an extraordinary portrait of one of America's great military commanders.