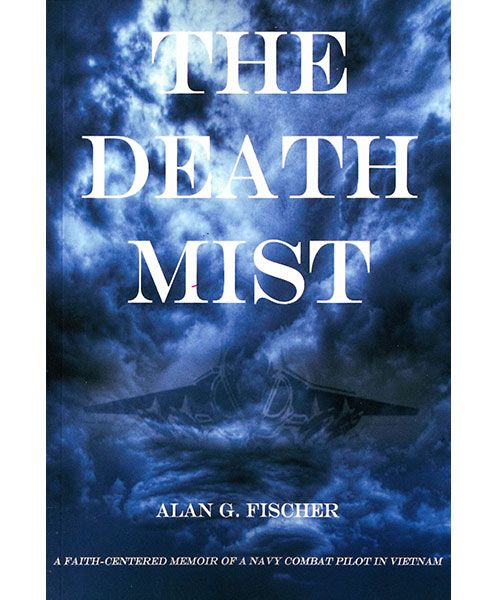 Hidden Figures The American Dream and the Untold

Be the first to review this product
$19.95
Availability: In stock
SKU
BOOK107200
Notify me when the price drops
Add to Compare
Details
While creating havoc in northern Europe, the marauding Saxons of the 3rd century referred to the darkness of the night as "The Death Mist." The low-level combat missions flown at night over North Vietnam by the A-6 Intruder crews off Navy Aircraft Carriers echoed this danger and fear.

Navy pilot LT Alan Fischer kept a journal of these experiences that represent much more than just a logbook's record of combat missions flown. Although his writings take us along on these arduous and dangerous missions, he also shares ample history of the characters and integrity that steeled him throughout his combat time. His blend of life-experiences, relationships, and inner strength is described as it sustained him during his harrowing combat missions. He presents a mixture of mind, body, and spirit that enabled him and his squadronmates to excel and survive not only a war, but also the indifference and in some cases, condemnation of a national population.

"The Death Mist" is a powerful and impactful story of trust, faith, teamwork, and dedication; all of which were embodied in a spiritual realm of life and action. This faith-centered memoir is a tribute to the commitment and actions exemplified in all the incredible and untold sacrifices endured by the men of Attack Squadron 75. Their combat experiences created an invincible bond among the aircrews that was fortified by their faith and trust in each other. These men and their incredible aircraft were pushed to the brink of death and back multiple times. Their communion in spirit and action linked them together during this combat cruise like no other, and extends to this day. No one outside of this circle (members of the "Club of the Should Be Dead") can fully understand the depth of this bond.

After his Navy combat experience, LT Alan Fischer enjoyed a successful career in commercial aviation. He is married and the father of four children and two grandchildren. His depth of faith and relational commitment that sustained him during his combat experiences is a key marker of his approach to life today.