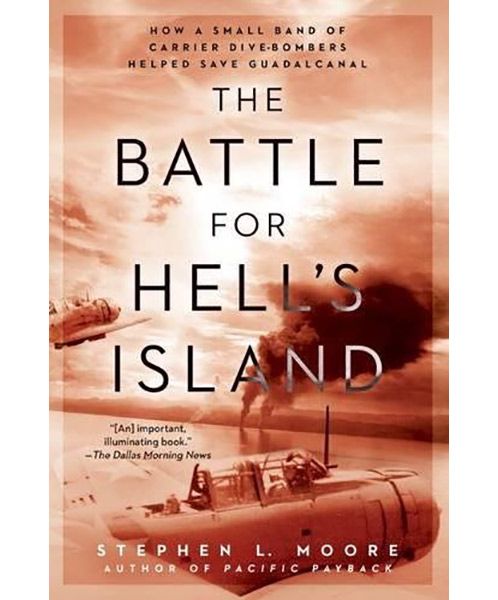 Clash of the Carriers

The Battle for Hell's Island

$18.00
Availability: In stock
Only 1 left
SKU
BOOK106301
Notify me when the price drops
Add to Wish List Add to Compare
Details

The Battle for Hell's Island

From the author of Pacific Payback, the true story of how a patchwork band of aviators saved Guadalcanal during WWII.

November 1942: Japanese and American forces fight for control of Guadalcanal, a small but pivotal island in the South Pacific. The Japanese call it Jigoku no Shima-Hell's Island.

Amid a seeming stalemate, a small group of U.S. Navy dive-bombers is called upon to help determine the island's fate. When their carriers are lost, they are forced to operate from Henderson Field, a small dirt-and-gravel airstrip on Guadalcanal.

They help form the Cactus Air Force, tasked with making dangerous flights from their jungle airfield while holding the line against Japanese air assaults, warship bombardments, and sniper attacks from the jungle. When the Japanese launch a final offensive to take the island, these dive-bomber jocks answer the call of duty-turning back an enemy warship armada, fighter planes, and a convoy of troop transports.

The Battle for Hell's Island reveals how command of the South Pacific, and the outcome of the Pacific War, depended on control of a single dirt airstrip-and the small group of battle-weary aviators sent to protect it with their lives.