THANK YOU FOR YOUR BUSINESS! | MUSEUM MEMBERS RECEIVE FREE SHIPPING ON ORDERS $75+ | ORDERS SHIP EVERY FRIDAY
Skip to the end of the images gallery 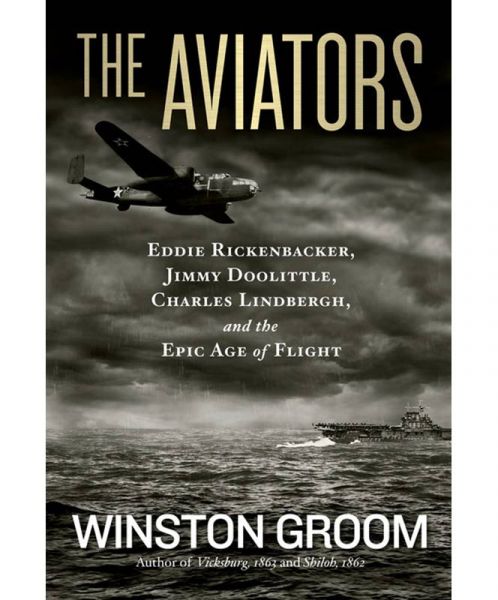 $15.95
Availability: In stock
Only 3 left
SKU
BOOK109018
Notify me when the price drops
Add to Compare
Details
Written by gifted storyteller Winston Groom (author of Forrest Gump), The Aviators tells the saga of three extraordinary aviators--Charles Lindbergh, Eddie Rickenbacker, and Jimmy Doolittle--and how they redefine heroism through their genius, daring, and uncommon courage.

This is the fascinating story of three extraordinary heroes who defined aviation during the great age of flight. These cleverly interwoven tales of their heart-stopping adventures take us from the feats of World War I through the heroism of World War II and beyond, including daring military raids and survival-at-sea, and will appeal to fans of Unbroken, The Greatest Generation, and Flyboys. With the world in peril in World War II, each man set aside great success and comfort to return to the skies for his most daring mission yet. Doolittle, a brilliant aviation innovator, would lead the daring Tokyo Raid to retaliate for Pearl Harbor; Lindbergh, hero of the first solo flight across the Atlantic, would fly combat missions in the South Pacific; and Rickenbacker, World War I flying ace, would bravely hold his crew together while facing near-starvation and circling sharks after his plane went down in a remote part of the Pacific.

Groom's rich narrative tells their intertwined stories--from broken homes to Medals of Honor (all three would receive it); barnstorming to the greatest raid of World War II; front-page triumph to anguished tragedy; and near-death to ultimate survival--as all took to the sky, time and again, to become exemplars of the spirit of the "greatest generation."