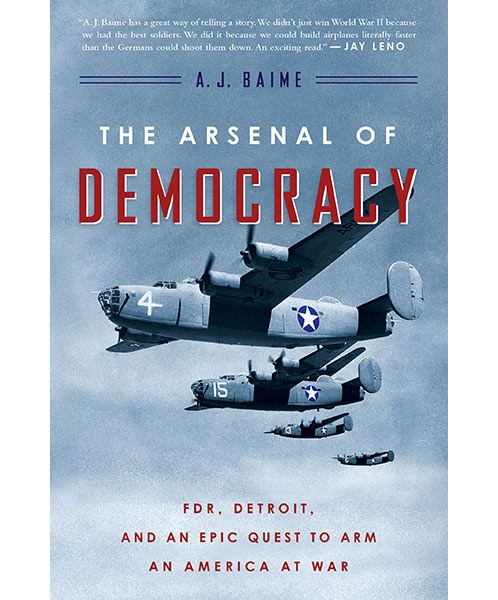 The Arsenal of Democracy

$15.99
Availability: In stock
SKU
BOOK106532
Notify me when the price drops
Add to Compare
Details
In 1941, as Hitler’s threat loomed ever larger, President Roosevelt realized he needed weaponry to fight the Nazis—most important, airplanes—and he needed them fast. So he turned to Detroit and the auto industry for help. The Arsenal of Democracy tells the incredible story of how Detroit answered the call, centering on Henry Ford and his tortured son Edsel, who, when asked if they could deliver 50,000 airplanes, made an outrageous claim: Ford Motor Company would erect a plant that could yield a “bomber an hour.” Critics scoffed: Ford didn’t make planes; they made simple, affordable cars. But bucking his father’s resistance, Edsel charged ahead. Ford would apply assembly-line production to the American military’s largest, fastest, most destructive bomber; they would build a plant vast in size and ambition on a plot of farmland and call it Willow Run; they would bring in tens of thousands of workers from across the country, transforming Detroit, almost overnight, from Motor City to the “great arsenal of democracy.” And eventually they would help the Allies win the war. Drawing on exhaustive research from the Ford Archives, the National Archives, and the FDR Library, A. J. Baime has crafted an enthralling, character-driven narrative of American innovation that has never been fully told, leaving readers with a vivid new portrait of America—and Detroit—during the war.
More Information
Who Viewed This Also Viewed