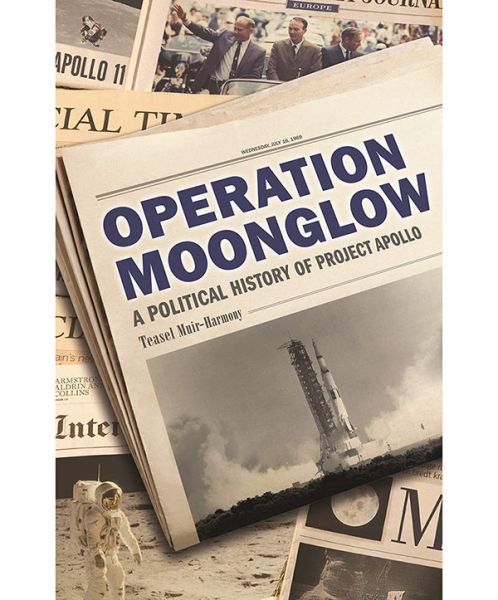 $32.00
Availability: In stock
SKU
BOOK102096
Notify me when the price drops
Add to Compare
Details
The moon landing was an important moment in history, but many forget what was happening behind the scenes -- discover the groundbreaking political history of the Apollo program in this riveting exploration of America's space missions.

Since July 1969, Neil Armstrong's first step on the Moon has represented the pinnacle of American space exploration and a grand scientific achievement. Yet, as Smithsonian curator Teasel Muir-Harmony argues in Operation Moonglow, its primary purpose wasn't advancing science. Rather, it was part of a political strategy to build a global coalition. Starting with President John F. Kennedy's 1961 decision to send astronauts to the Moon to promote American "freedom" over Soviet "tyranny," Project Apollo was central to American foreign relations. From that perspective, the critical event did not just take place on the lunar surface, it took place in homes, public squares, palaces, and schools around the world, as Apollo captured global attention like never before. After the Moon landing, the Apollo astronauts and President Richard Nixon traveled the world to amplify the sense of participation and global unity shared by billions of people who followed the flight.

Drawing on a rich array of untapped archives and firsthand interviews with Apollo astronauts, Operation Moonglow paints a riveting picture of the intersection of spaceflight, geopolitics, propaganda, and diplomacy during the Cold War.