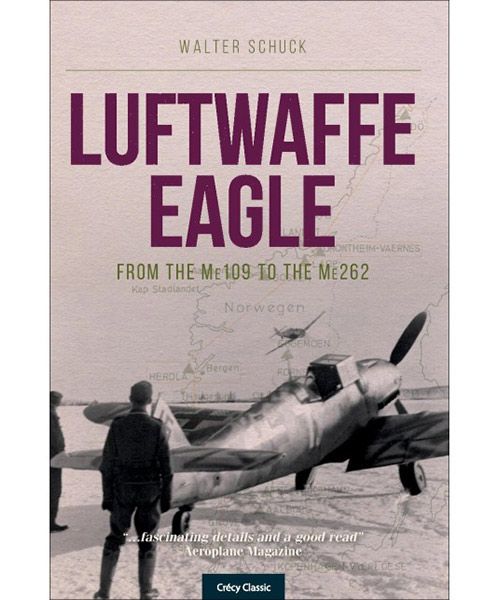 $18.95
Availability: In stock
Only 2 left
SKU
BOOK106391
Notify me when the price drops
Add to Compare
Details
Luftwaffe pilot Walter Schuck flew the Me109 in the Arctic Sea fighter squadrons becoming the Russian air force's feared enemy in the far north. Awarded the Knights Cross in April 1944 he claimed his 100th kill in June of that year, then barely 48 hours later shot down 12 aircraft in one day, a record never achieved by any other Arctic Sea pilot.

Celebrated by his colleagues for his skill, courage, sheer guts and chivalry including the deep feelings for those he shot down, he earned the nickname "Adler der Tundra" or "Northern Knight."

In this autobiography, the author tells his story simply, conveying his impressions of life, the rationale of the Lufwaffe and the everyday life of a military man in those times, including the difficulties and hardships of the war in the Arctic Seas. In a gripping narrative, the author helps us to understand why he and his colleagues were prepared to lay down their lives for their people, and their country.

Rich in detail and facts and supplemented by photographs from his personal collection and color aircraft profiles, Walter Schuck helps us to put the past into context, painting a unique picture of life in the Luftwaffe during the times of the Third Reich.