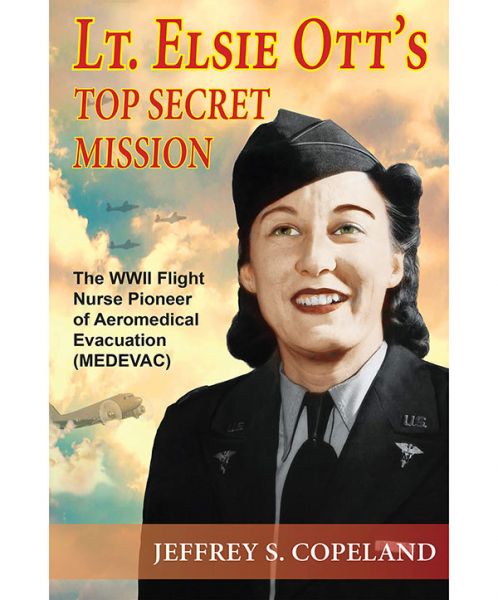 The Moth and the Mountain

$18.95
Availability: In stock
SKU
BOOK109229
Notify me when the price drops
Add to Compare
Details

Lt. Elsie Ott's historic, top secret mission in January 1943 helped pave the way for dramatic changes in the way wounded an ill soldiers received vital care: aeromedical evacuation. Lt. Ott was given the task of transporting five critically ill and wounded patients from Karachi, India, to Walter Reed Hospital in Washington, D.C. The mission unfolded over 13,000 miles and six and a half days by air transport, a journey that at the time normally would have averaged three and a half months by truck, ship, and train.

During the groundbreaking journey, Lt. Ott and her patients faced German Fighters, guerilla snipers, altitude challenges, logistical nightmares, and more. In the end, her efforts provided the foundation for a new "Flight Evacuation Nurse" program that sent hundreds of nurses to the air, saving the lives of thousands of soldiers the remainder of the war. For her bravery, determination, and courage, Lt. Ott was the first woman to be awarded the Army Air Medal.

The lessons learned at the time also helped establish aeromedical evacuation teams (today shortened to MEDEVAC) all over the globe, providing medical care and coverage that has saved millions of lives.