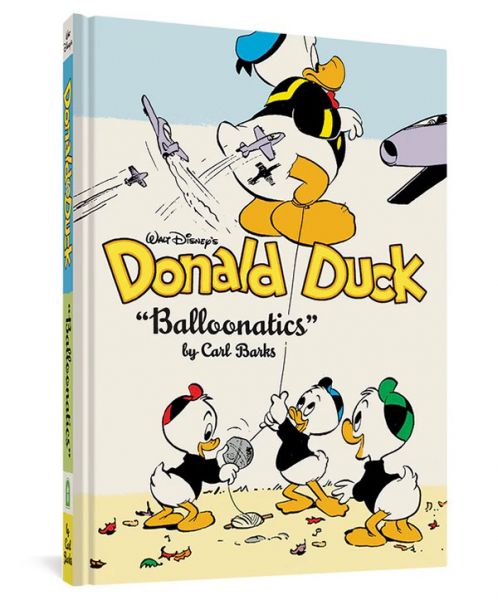 Carl Barks's stories of the Junior Woodchucks starring Huey, Dewey, and Louie — written and penciled by Barks with finishes by internationally acclaimed Duck artist Daan Jippes — debut in this volume! Other stories include: When Gyro Gearloose invents a ten-story-tall Donald Duck balloon — bigger than anything ever seen at the Macy's Parade! — Donald decides to take a ride. But Gyro's "new balloon gas" is stronger than he thought it was, and Donald finds himself out of control, sailing higher and higher, until… Then, Huey, Dewey, and Louie try to help a "fraidy falcon" overcome his fear of flying by getting Donald to help, but Donald has his own ideas…

Next, somebody's blowing up experimental rockets at the launchpad, and the nephews are on the trail of the spy, but Donald's sure of who it's not — until he finds himself on board the next rocket to blast-off… 180 pages of story and art, each meticulously restored and newly colored. Insightful story notes by an international panel of Barks experts.