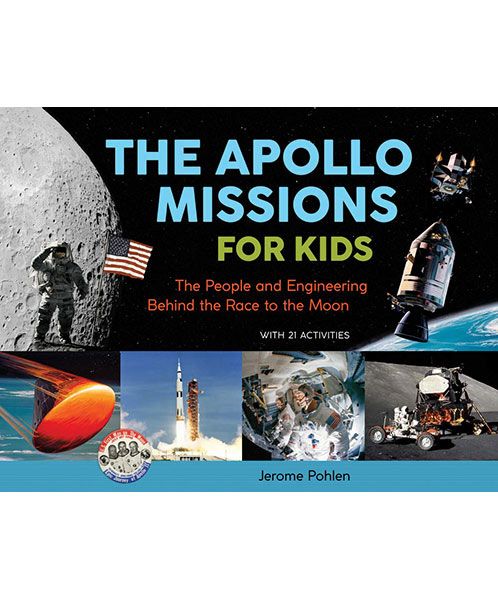 The Apollo Missions For Kids

Be the first to review this product
$18.99
Availability: In stock
Only 3 left
SKU
CHBK101833
Notify me when the price drops
Add to Wish List Add to Compare
Details
In 1961, President Kennedy issued a challenge: before the end of the decade, the United States would land a person on the moon and return him safely to Earth—a bold proclamation at the time given that only one US astronaut had ever been to space, for just 15 minutes. To answer President

Kennedy’s call, NASA embarked on the Apollo missions: a complicated, dangerous, and expensive adventure involving 400,000 people. Before the missions were over, NASA astronauts had made eleven Apollo flights, six of which landed on the moon, and eight astronauts had lost their lives.

The Apollo Missions for Kids tells the story of this pivotal era in space exploration from the perspective of those who lived it—the astronauts and their families, the controllers and engineers, and the technicians and politicians who made the impossible possible. The book includes a time line, resources for further study, and places to visit to see Apollo mission artifacts, along with 21 hands-on activities to better understand the missions and the science behind them.