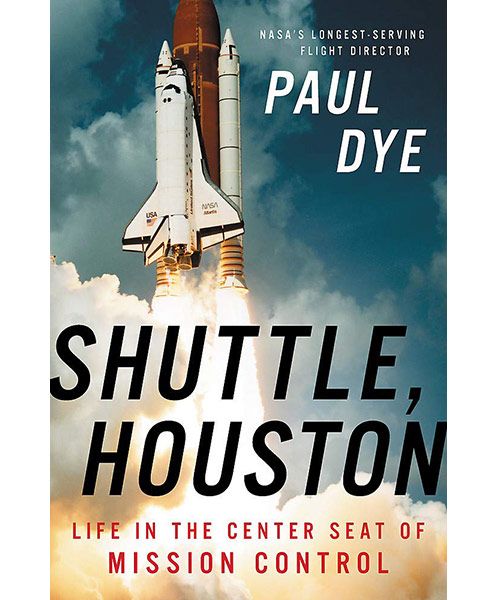 $28.00
Availability: In stock
SKU
BOOK102112
Notify me when the price drops
Add to Compare
Details

Shuttle, Houston: My Life in the Center Seat of Mission Control

From the longest-serving Flight Director in NASA's history comes a revealing account of high-stakes Mission Control work and the Space Shuttle program that has redefined our relationship with the universe.

A compelling look inside the Space Shuttle missions that helped lay the groundwork for the Space Age, Shuttle, Houston explores the determined personalities, technological miracles, and eleventh-hour saves that have given us human spaceflight.

Relaying stories of missions (and their grueling training) in vivid detail, Paul Dye, NASA's longest-serving Flight Director, examines the split-second decisions that the directors and astronauts were forced to make in a field where mistakes are unthinkable, and where errors led to the loss of national resources -- and more importantly one's crew. Dye's stories from the heart of Mission Control explain the mysteries of flying the Shuttle -- from the powerful fiery ascent to the majesty of on-orbit operations to the high-speed and critical re-entry and landing of a hundred-ton glider.

The Space Shuttles flew 135 missions. Astronauts conducted space walks, captured satellites, and docked with the Mir Space Station, bringing space into our everyday life, from GPS to satellite TV. Shuttle, Houston puts readers in his own seat at Mission Control, the hub that made humanity's leap into a new frontier possible.