Thank you for your business! | Your purchase supports the preservation of our museum collection and the educational mission of The Museum of Flight | Orders ship every Friday
Skip to the end of the images gallery 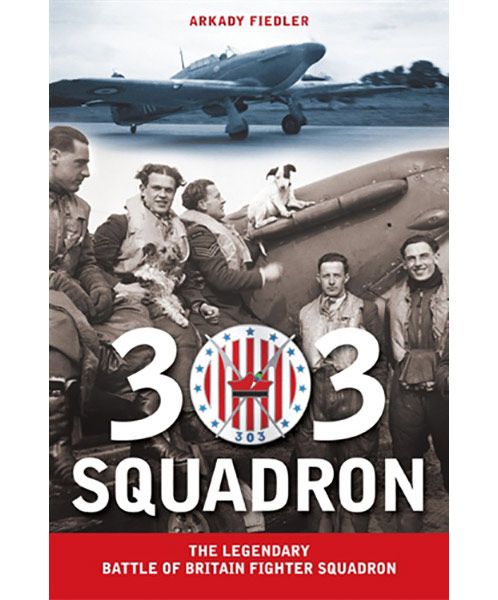 $21.95
Availability: In stock
SKU
BOOK106303
Notify me when the price drops
Add to Compare
Details

The summer of 1940 and the Battle of Britain - the darkest days of World War II. France, Poland, Denmark, Belgium, the Netherlands, Luxembourg and Norway had all been crushed by the powerful Nazi German war machine. Great Britain stood alone, fighting for its life.

303 Squadron is the thrilling story of the celebrated squadron of Polish fighter pilots whose superb skill in the air helped save England during its most desperate hours. They were the highest-scoring Allied fighter squadron in the Battle of Britain, downing three times the average RAF score while incurring only one-third the average casualties. Dashing and gallant 303 Squadron was lionized by the British press, congratulated by the King, and adored by the British public.

With an immediacy that vividly brings to life those harrowing days, Fiedler paints the bravery, the poignancy, the breathtaking gambles with death risked daily by this exceptional group of young men far from home, who fought to preserve freedom for all.

Translated from the Polish; identifies the pilots by their real names for the first time in English. Nearly 200 black & white photos, maps and illustrations; contextualizing historical material; nine appendices.