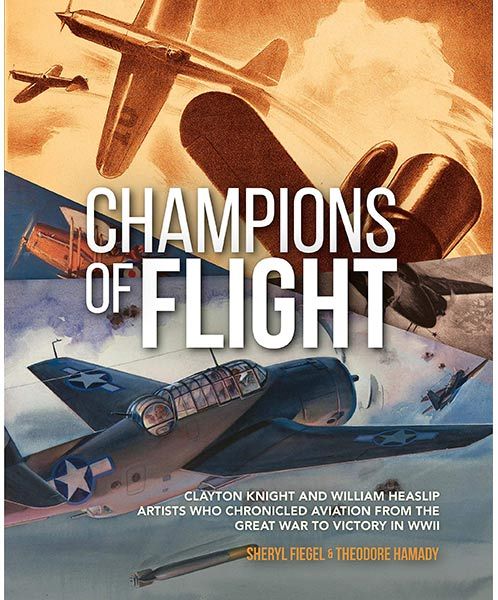 This book celebrates the work of Clayton Joseph Knight (1891-1969) and William John Heaslip (1898-1970), the two preeminent American aviation artists of their time, as they chronicled the golden age of aviation - from Charles Lindbergh's epochal transatlantic flight through the most devastating war in world history (1927-1945). Knight and Heaslip were experienced military men and formally trained artists who, combining an authenticity of experience and an artistic mastery of illustration, produced powerful artwork that influenced a generation of Americans, creating air-minded adults and youngsters, many of whom flocked to US military service after Pearl Harbor.

Aviation became deeply embedded into America's culture during the 1920s, 1930s and 1940s. Americans became fascinated by aviation celebrities, watched air spectacles, aviation movies and newsreels, and devoured books, aviation industry ads, magazine articles, and Sunday comics featuring pilot heroes. Artists Knight and Heaslip - both of whom were adept as draftsmen, painters and printmakers - fueled the imagination of these Americans through prolific illustrations and artwork that appeared in many diverse publications of the time. Over a period of almost twenty years, Clayton Knight and William Heaslip championed their love of flight through their art, and they did so with enthusiasm, integrity, and generosity. This book, featuring over 400 illustrations and photos, is a tribute to their legacy.