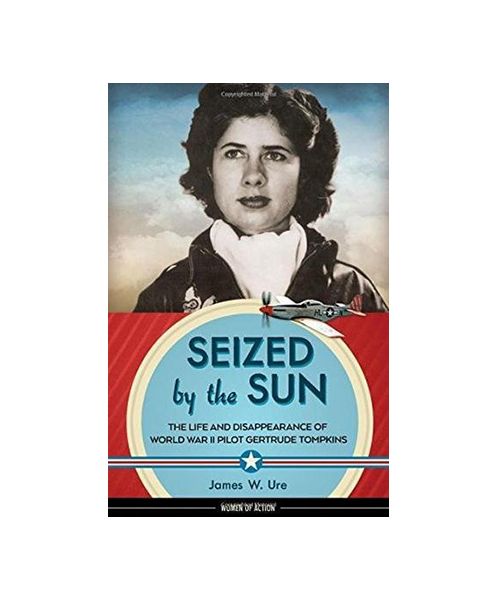 The Space Race: The Journey to the Moon and Beyond

Seized by the Sun

$19.99
Availability: In stock
Only 1 left
SKU
BOOK109680
Notify me when the price drops
Add to Compare
Details

Seized by the Sun: The Life and Disappearance of World War II Pilot Gertrude Tompkins

Seized by the Sun is the story of a remarkable woman who overcame a troubled childhood and the societal constraints of her time to find her calling flying the fastest and most powerful airplane of World War II. It is also a compelling unsolved mystery.

Born in 1912 to a wealthy New Jersey family, Gertrude’s childhood was marked by her mother’s bouts with depression and her father’s relentless search for a cure for the debilitating stutter that afflicted Gertrude throughout her life. Teased and struggling in school, young Gertrude retreated to a solitary existence. As a young woman she dabbled in raising goats and aimlessly crisscrossed the globe in an attempt to discover her purpose.

As war loomed in Europe, Gertrude met the love of her life, a Royal Air Force pilot who was killed flying over Holland. Telling her sister that she “couldn’t stop crying, so she focused on learning to fly,” Gertrude applied to join the newly formed Women’s Air Force Service Pilots. She went on to become such a superior pilot that she was one of only 126 WASPs selected to fly fighter planes. After her first flight in the powerful P-51 Mustang, her stutter left her for good.

Gertrude’s sudden disappearance remains a mystery to this day. Award-winning author Jim Ure leads readers through Gertrude’s fascinating life; provides a detailed account of the WASPs’ daily routines, training, and challenges; and describes the ongoing search for Gertrude’s wreck and remains. The result of years of research and interviews with Gertrude’s family, friends, and fellow WASPs, Seized by the Sun is an invaluable addition to any student’s or history buff’s bookshelf.