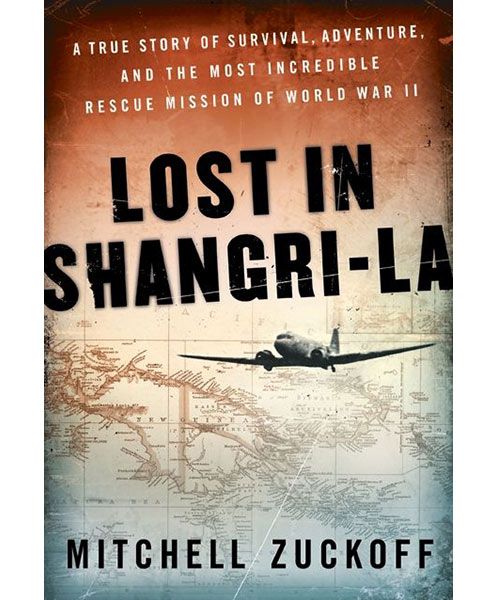 $17.99
Availability: In stock
SKU
BOOK109041
Notify me when the price drops
Add to Wish List Add to Compare
Details

On May 13, 1945 twenty-four American servicemen and women boarded a transport plane for a sightseeing trip over Shangri-La a beautiful and mysterious valley deep within the jungle-covered mountains of New Guinea.

But the pleasure tour became an unforgettable battle for survival when the plane crashed. Three passengers survived the crash. Emotionally devastated, badly injured, and completely vulnerable to the dangers of the jungle, they faced certain death unless they left the crash site. Caught between the Japanese and man eating headhunters, they survive a harrowing hike down a mountain side into a village of primitive natives who have never seen white people before.

Drawn from interviews, declassified US Army documents, personal photos and mementos, a survivors diary, and a rescuer's journal, Lost in Shangri-La recounts this incredible adventure for the first time.

By trekking into the New Guinea jungle, visiting remote villages, and rediscovering the crash site, Zukoff also captures the contemporary natives' remembrances of the day when strange creatures fell from the sky. A riveting work of narrative nonfiction that vividly brings to life an odyssey at times terrifying, enlightening, and comic, Lost in Shangri-La is a thrill ride from beginning to end.
More Information
You May Also Like