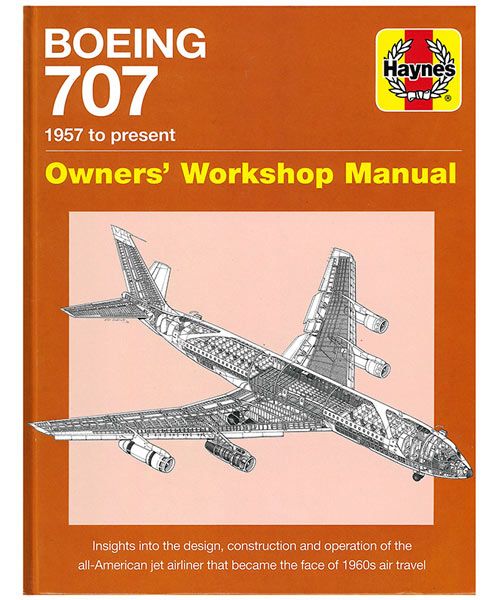 Fate is the Hunter: A Pilot's Memoir

$36.95
Availability: In stock
Only 3 left
SKU
BOOK108207
Notify me when the price drops
Add to Compare
Details
Built by Boeing Commercial Airplanes, the 707 narrow body jet airliner first flew in 1957 and entered revenue service with Pan American World Airways in 1958. Versions of the aircraft have a capacity from 140 to 219 passengers and a range of 2,500 to 5,750 nautical miles. Developed as Boeing's first jet airliner, the 707 is a swept-wing design with podded engines. Although it was not the first jetliner in service, the 707 was the first to be commercially successful. Dominating passenger air transport in the 1960s and remaining common through the 1970s, the 707 is generally credited with ushering in the age of jet travel. It established Boeing as one of the largest manufacturers of passenger aircraft and led to the later series of airliners with '7x7' designations. The later 720, 727, 737, and 757 share elements of the 707's fuselage design.
More Information
Who Viewed This Also Viewed