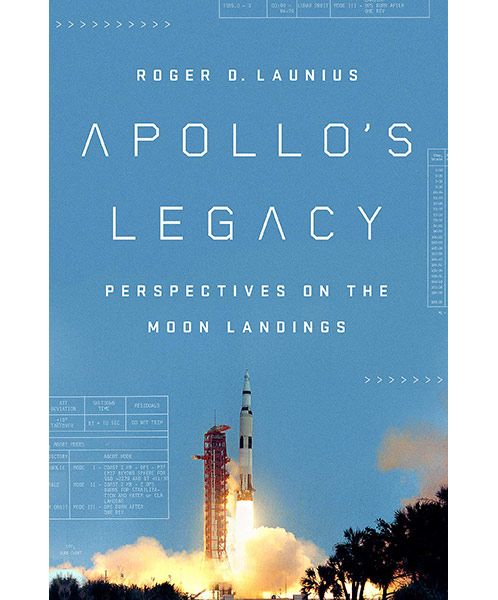 was $27.95 Special Price $16.77
Availability: Out of stock
SKU
BOOK102517
Notify me when the price drops
Notify me when this product is in stock
Add to Wish List
Details
In "Apollo's Legacy," space historian Roger D. Launius explores the many-faceted stories told about the meaning of the Apollo program and how it forever altered American society. The Apollo missions marked the first time human beings left Earth's orbit and visited another world, and thus they loom large in our collective memory. Many have detailed the exciting events of the Apollo program, but Launius offers unique insight into its legacy as seen through multiple perspectives. He surveys a wide range of viewpoints and narratives, both positive and negative, surrounding the program. These include the argument that Apollo epitomizes American technological--and political--progress; technological and scientific advances garnered from the program; critiques from both sides of the political spectrum about the program's expenses; and even conspiracy theories and denials of the program's very existence. Throughout the book, Launius weaves in stories from important moments in Apollo's history to draw readers into his analysis. "Apollo's Legacy" is a must-read for space buffs interested in new angles on a beloved cultural moment and those seeking a historic perspective on the Apollo program.
More Information
You May Also Like