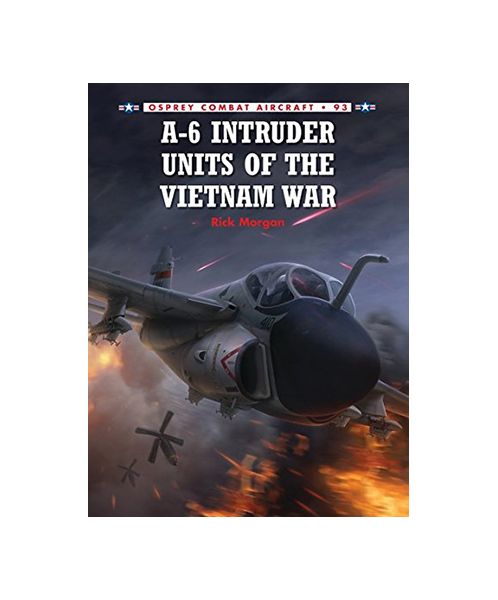 A-6 Intruder Units of the Vietnam War

Be the first to review this product
$22.95
Availability: In stock
Only 3 left
SKU
BOOK104993
Notify me when the price drops
Add to Compare
Details
Designed in the years following the Korean War and then manufactured for over 30 years starting in 1960, the Grumman A-6 quickly became the most capable attack aircraft in the US Navy's stable. The first squadron, VA-75, made its initial deployment directly into combat in south-east Asia in 1965, and, over the next eight years, ten US Navy and four Marine Intruder squadrons would conduct combat operations throughout Vietnam, Laos and Cambodia. After initial problems and a high loss rate, the type proved itself beyond all doubt as the Naval services' best night and foul-weather platform, particularly during the region's notorious monsoon season, which could ground almost all other in-theatre aircraft due to heavy rains and low visibility. The A-6 Intruder became a true classic of naval aviation over the skies of North Vietnam, with 14 of its crews being honored with the second highest decoration in Naval service, the Navy Cross. The cost was high as 69 Intruders were lost in combat to all causes during the war. This work tells the complete story of these aircraft in combat during the Vietnam War.
More Information
Reviews
Write Your Own Review
Related Posts